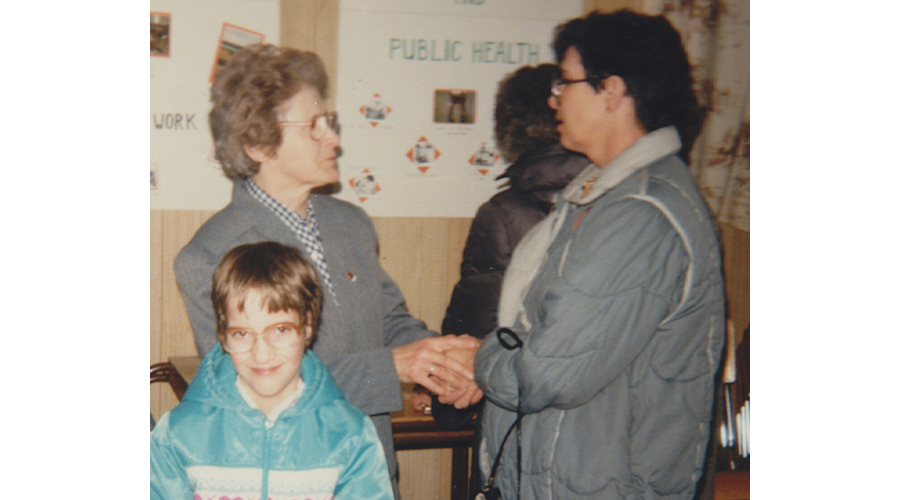 Sister Silvie Nachtegaele arrived in August 1981 to serve as a parish visitor and Eucharistic minister at Our Lady of Peace Church. Throughout the years, she taught catechism to Grade 2 students at nearby Lakeview School and to adults on Sunday. A member of the Catholic Women’s League and the Legion of Mary, she also contributed to the “Christian Minute Message” on local radio station CJNS.

In addition to pastoral care, she worked as a nurse at Meadow Lake Hospital and resided in an apartment at the Golden West Manor, nicknamed the “Highrise” as it was the only building with an elevator in this northern Saskatchewan town of 4,000. Sister Mary Fitzmaurice joined Sister Nachtegaele as a companion (1981-1983), visiting fellow tenants in the “Highrise” and running errands for shut-ins. The mission closed on July 15, 1988.