Foundress of the Sisters of Service

Born on a farm on February 26, 1884 in North Adjala Township near Alliston, Ontario, Catherine was the oldest of three daughters of Hugh and Catherine Donnelly. She was educated at a No. 5 Tossorontio Township, a local ungraded one-room school and Alliston High School, obtaining her Junior Leaving Certificate of Grade 11 in 1901. After receiving a teaching certificate from the Model School at Bradford, Catherine began to teach in 1902 at the age of 18 in the one-room Bandon School No. 10 at Adjala, near Colgan at the south end of the township. Two years later, she entered Toronto Normal School from which she graduated with a teacher’s certificate in 1905, the year her mother died. The farm was sold and the family moved to Alliston, so her younger sisters could attend Alliston High School. 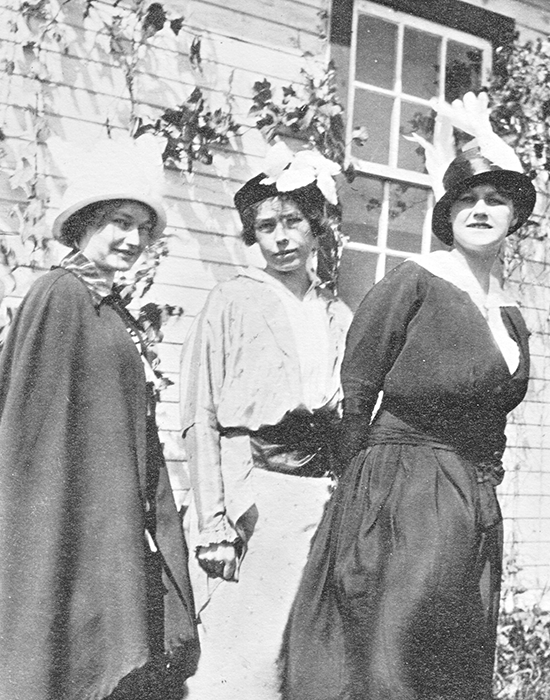 Catherine’s teacher’s salary became the sole financial support of the family. During this period, she taught at Ontario schools including at her own alma mater, No 5 Tossorontio Township (1905); Central public school in Galt (1906); Apto School, north of Barrie (1907-1908); Forrester’s Falls in Renfrew County (January-June 1909); Killarney Public high school (August-December 1909); at Heidelberg, near Waterloo (January-June 1910); Culross Township in western Bruce County (1910-1911); Riversdale public school near Chepstow (1911-1912); at Manley near Seaforth in Huron County (August 1912-December 1913); S.S. No. 2 Nottawasaga, near Creemore January-June 1913; Hudson consolidated school near New Liskeard (September 1914-1915); separate school at Merriton near St. Catharines (August-December 1915); Caledon East Village School as principal (January-June 1916) and separate school at Penetanguishene as principal (1916-1918). By 1918, her salary had risen to $925, well above the the average of $580 paid to female teachers in rural Ontario at that time.

Meanwhile, her sister Tess trained as a nurse at Mount Sinai Hospital in Toronto and nursed in France during the First World War, where she met her future husband. The younger sister, Mamie, taught school for several years and entered the Sisters of St. Joseph of Toronto in 1917, taking the religious name of Sister Justina.

With her sisters settled, Catherine, with Mary O’Connor, a teacher from Penetanguishene school, felt they could go further afield to teach. In the fall of 1918, an adventurous spirit led them to Alberta. At the beginning of the school year, a post-war epidemic of influenza reached Alberta. Catherine and Mary helped the afflicted in the Erskine area. It was during this period that Catherine was struck by the lack of contact with the Catholic Church in rural areas. 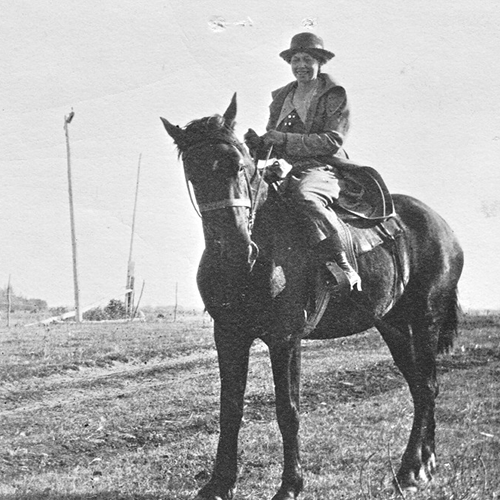 During the fall of 1919, Catherine left a teaching position in Coleman, Alberta to return home to her ailing father, who died on November 23, 1919. At this time, she yearned to do something more effective.

Influenced by her experience in Western Canada, she approached the Sisters of St. Joseph in Peterborough, a community she had met in the Calgary. Her approach to encourage more Sisters to come to Western Canada ended without success as they refused to accept her into their community.

Recommended by her sister Mamie, now Sister Justina, she approached Rev. Arthur Coughlan, C.Ss.R., Provincial Superior of the Redemptorists, who were beginning an expansion into Western Canada. Fr. Coughlan advised Catherine to enter the Sisters of St. Joseph in Toronto, who were planning a Novitiate in Vancouver. Accepted, she entered in June 1920 but left six months later, restless with “too much going on out west.” 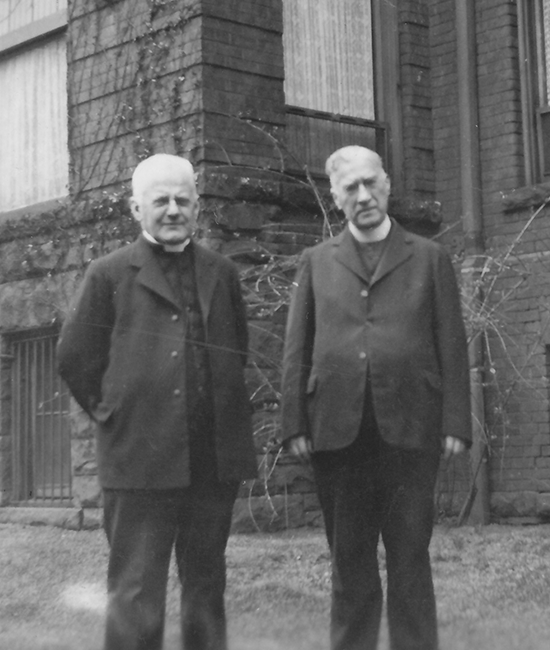 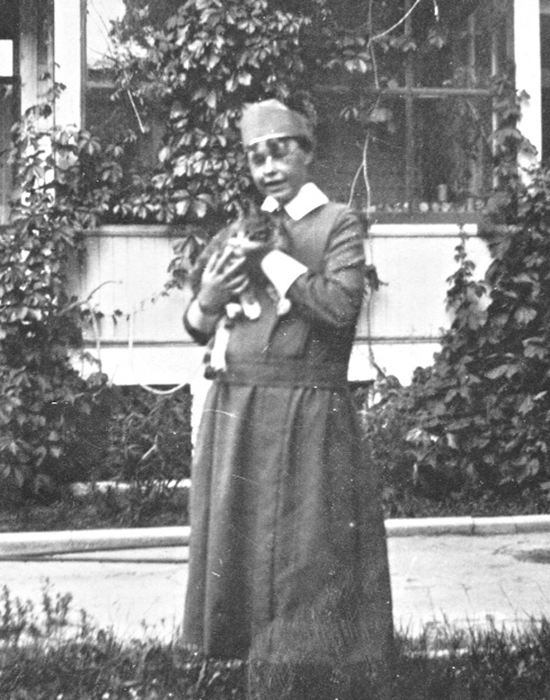 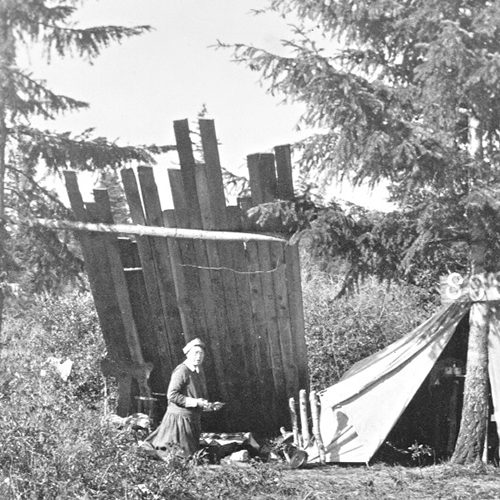 Catherine again met with Father Coughlan, who during the interview stated: “You had better start a community of our own.” In January 1921, Father Coughlan discussed the proposed new community with the missionary-minded Archbishop Neil McNeil of Toronto. At the archbishop’s recommendation, Catherine returned to Saskatchewan to gather more knowledge about rural situations. She took charge of a two-room school in Denzil, Saskatchewan and later near Stornoway, Saskatchewan.

Returning to Toronto in September 1921, she taught at St. Francis School and later moved to 97 St. Joseph Street, the former centre for the university students at St. Michael’s College.

In early 1922, Father Coughlan assigned fellow Redemptorist Rev. George Daly, C.Ss.R., as the official clerical supervisor of the Sisters of Service. In the summer of the 1922, Catherine and three other novices moved into 2 Wellesley Place, a house purchased for the community. The Institute was founded on August 15, 1922. Mother Lidwina of the Sisters of St. Joseph of Toronto was appointed as the first Superior and Novice Mistress. She was succeeded by Mother Othilia in those two positions until 1928 when the first Sister of Service was appointed as Sister General and Novice Mistress.

On August 2, 1924, Sister Catherine Donnelly and Sister Catherine Wymbs became the first members of the Sisters of Service to profess vows of poverty, chastity and obedience. Nine days later, the pair, dressed in the grey serge uniforms, got off the train at Camp Morton, Manitoba. The first mission began.

Sisters Donnelly and Margaret Guest, who arrived on October 8, taught in local schools while Sister Wymbs, a nurse, set up a small clinic near the Sisters’ house. After two years, Sister Donnelly was transferred to the new mission of a rural hospital in Vilna, Alberta. As well as superior (1926-1927), she was the teaching principal of the older grades 4-11 at Vilna public school (1926-1929). During the summers, she taught catechism in the mission fields of rural Manitoba.

She returned to teaching in St. Brides, Alberta (1930-1933), an impoverished North Alberta community, which was settled by Irish immigrant families. On August 15, 1931, she and seven Sisters were the first members of the institute to profess final vows Returning to catechetical work at the religious correspondence school in Edmonton (1933-1936), she also took courses leading to a bachelor of arts degree. During the summers of 1934 and 1936, Sister Donnelly with Sister Irene Faye spent two months travelling in the remote valleys of the Cariboo district in the interior of British Columbia, giving instruction to children in the scattered settlements. She enthusiastically undertook this assignment of travelling to teach religion, which became the summer program during the next 30 years for every available Sister of Service.

In January 1936, she moved to the religious correspondence school in Regina (1936-1938), where she supervised in 1937-1938 the studies of two future teachers, Sister Irene Faye, her Cariboo travelling companion, and Sister Leona Trautman.

When Sister Donnelly was appointed to teach at St. Mark’s school in Marquis, Saskatchewan (1938-1940), the two young Sisters accompanied her and completed their high school diplomas there. In September 1940, Sister Donnelly moved to Sinnett, Saskatchewan to start Loyola Continuation School under the Catholic School Board. By December, she was sent to St. John’s Hospital in Edson (1940-1943) on a sick leave. Throughout the summers of 1941 and 1942, she attended summer school in Edmonton to continue her studies towards a university degree. During 1942 and 1943, she supervised the studies of Sisters Leona Rose and Josephine Dulaska. 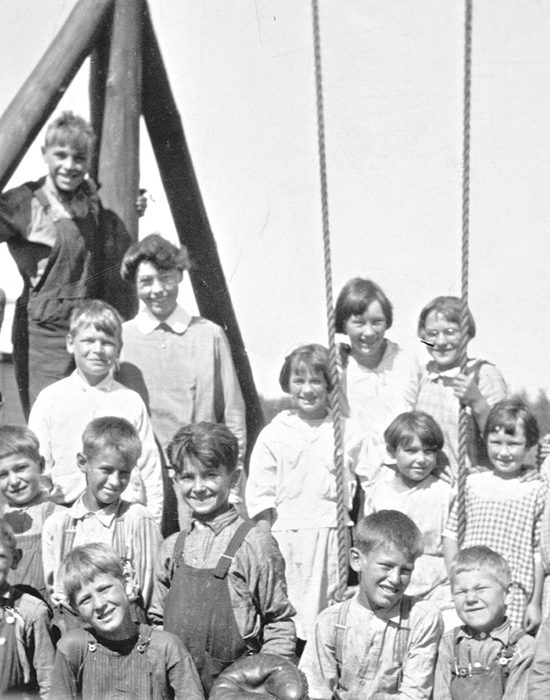 Assisting Sister Agnes Dwyer in the high school at Diamond Crossing in Bergfield, Saskatchewan (1943-1944), she took more university summer courses in Saskatoon before returning to the religious correspondence school in Edmonton and more university courses (1944-1945). She was assigned as housekeeper at the small teacherage at Jutland, Saskatchewan (1945-1946) with Sister Mary Jackson and at Camp Morton (1946-1947) with Sister Faye as superior.

After returning to teach at the Bergfield mission at the Diamond Coulee Public School (1947-1948), she also planned to finish her university degree during the next academic year. Instead, tests for tuberculosis resulted in a three-month confinement at a sanatorium, after which she returned to Regina and the correspondence school (1948-1951). So close to fulfilling her ambition of a university degree, Sister Donnelly drew from this experience a determination that younger Sisters should complete their education and earn professional qualifications. 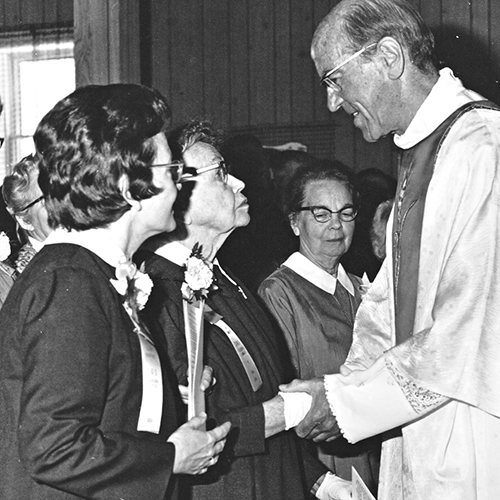 From the fall of 1956 and for the next 25 years, she lived at Camp Morton. Every year until 1968, she taught full or part-time students, helping them to finish high school. On August 15, 1974, the community celebrated Sister Donnelly’s golden jubilee as a Sister of Service with a special Mass, gifts and congratulatory messages. Cardinal George Flahiff presented the papal medal, Pro Ecclesia at Pontifice, in recognition of 50 years of work for the Church.

In June 1980, she was the subject of the popular television program, Man Alive. For a week, the Canadian Broadcasting Corporation film crew interviewed her for a 30-minute episode, entitled “You’ve Come a Long Way, Sister.” In early 1981, she moved to the SOS retirement community at St. Catharines, Ontario, where she died at the age of 99 on September 5, 1983. 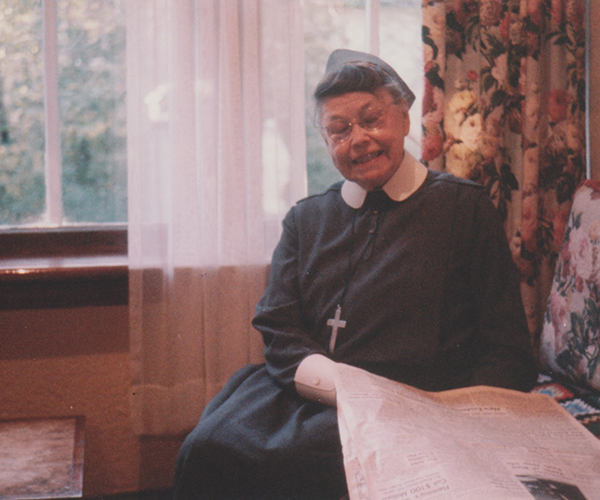 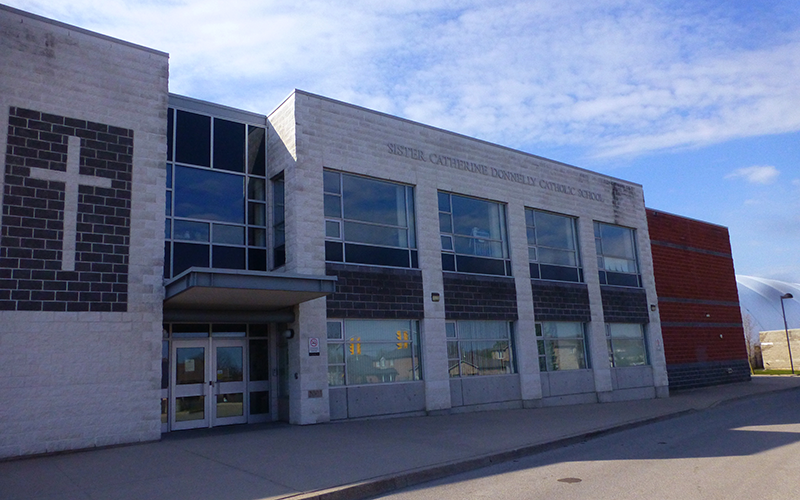 The wake service was held at the Motherhouse with many visitors attending, including Cardinal Flahiff. The funeral Mass was held at nearby Holy Name Church with Rev. C.J. Crusoe as the main celebrant and 14 priests in the sanctuary. Rev. Francis Maloney, Provincial Superior of the Redemptorists, delivered the homily. Her body was buried in the SOS plot at Mount Hope cemetery in Toronto. 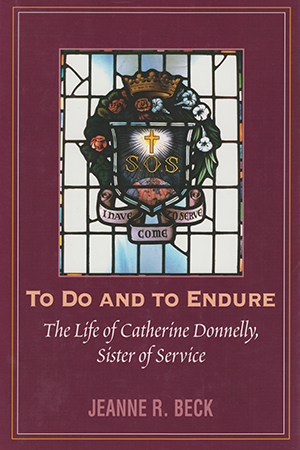 To Do and To Endure
By Jeanne Beck 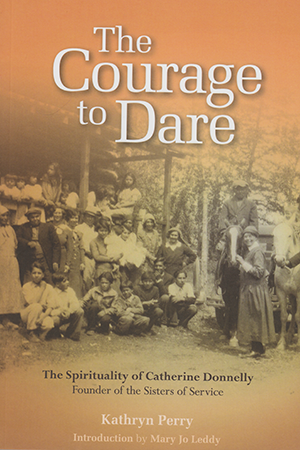 The Courage to Dare
By Kathryn Perry