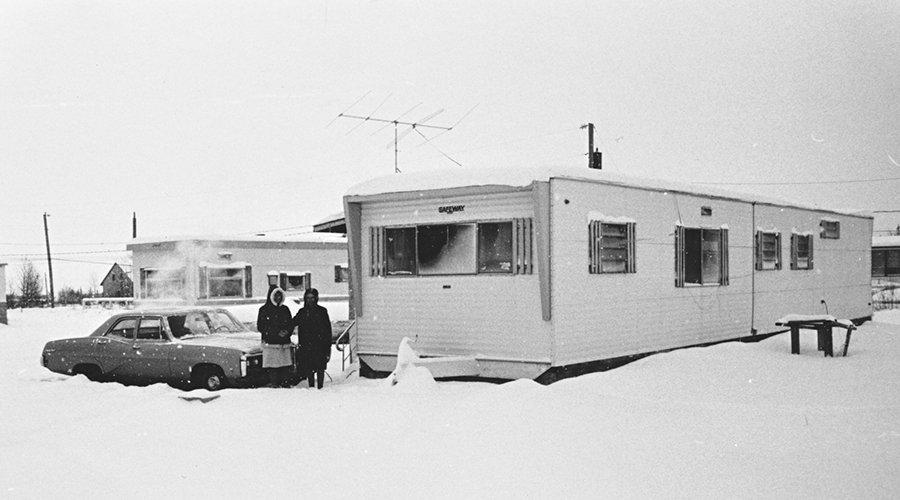 In late August 1969, Sisters Agnes Black and Mary Phillips arrived in Faust, a Cree-Métis community in the Northern Alberta Diocese of Grouard-McLennan.

The Sisters lived in a trailer home behind the school. Sister Mary Phillips taught in the Faust Public School from August 1969 until June 1970 and at nearby Joussard (1970-December 1973). The Sisters were involved in parish activities as well as initiated a preschool for First Nations children and the First Nations Co-op. For developing the language program for First Nations and Métis students, Sister Phillips was awarded the Hilroy fellowship in 1970.

Sister Marilyn MacDonald, a child welfare worker, joined the mission in July 1973, commuting to the office of the Alberta Department of Health and Social Development in High Prairie. The mission closed in 1974.